The images presented on this page are a reflection of what God has revealed to me. He provided me with the talent to show you what He has created. I hope you enjoy His work through what He has shown me. 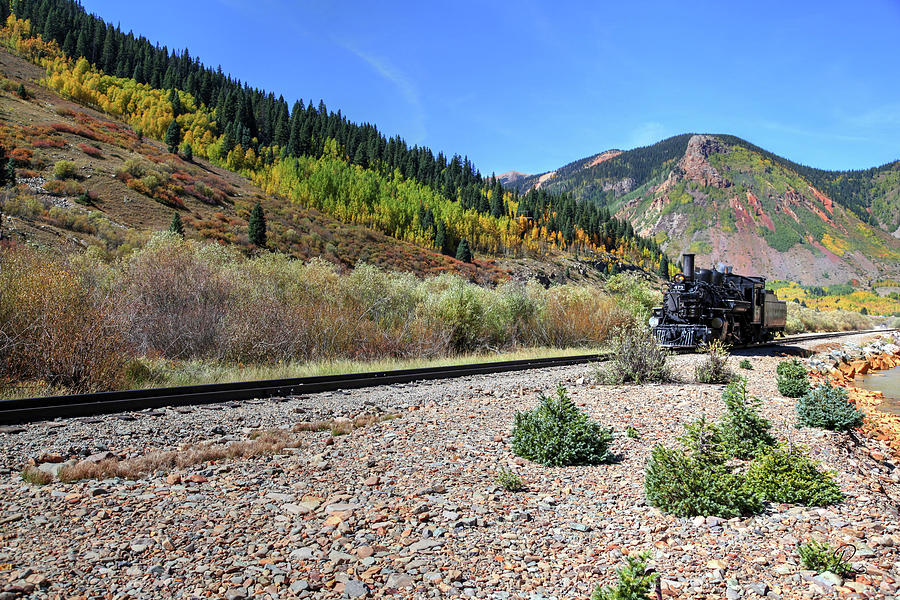 D&RGW No. 473 is an outside-frame narrow gauge 2-8-2 “Mikado” steam locomotive built in 1923 by the American Locomotive Company’s Schenectady, New York works for the Denver & Rio Grande Western Railroad, as part of an order for ten locomotives that would become the K-28 class. The 473 weighs in at 70.8 tons wet, with 27,540 lbs. of tractive effort, and a top speed around 45mph, a speed only a lunatic would ever try to achieve again. The tenders weighed in at just over 44 tons, carrying 7.3 tons of coal, and 5,000 gallons of water. The K-28’s served across the D&RGW’s 3ft gauge system, in both passenger, and freight service. The class was frequently found working the road’s named passenger trains, including the Shavano, the San Juan, and the Silverton. This engine now works exclusively on the Durango to Silverton Narrow Gauge line which almost exclusively transports tourists between Durango and Silverton Colorado.