You can view my wildlife photography at the following website on Fine Art America/Pixels: 55-robert-harris.pixels.com 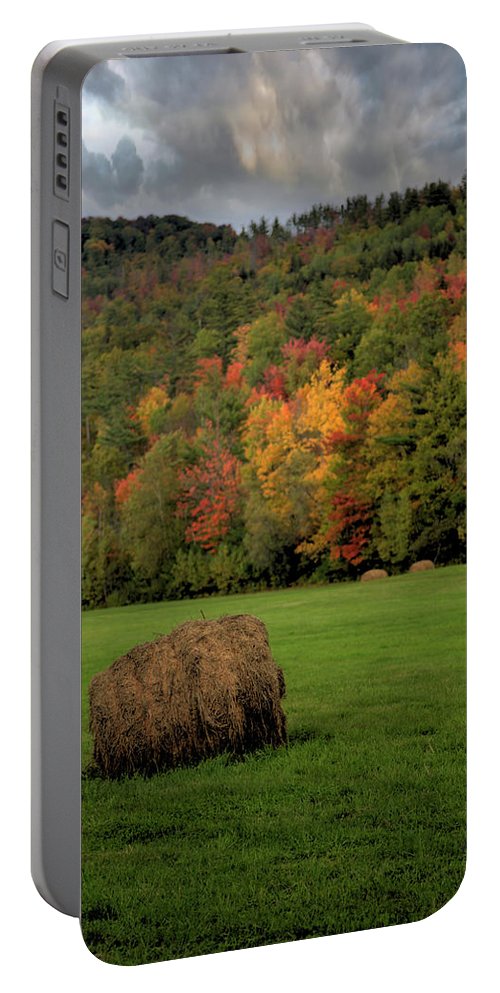 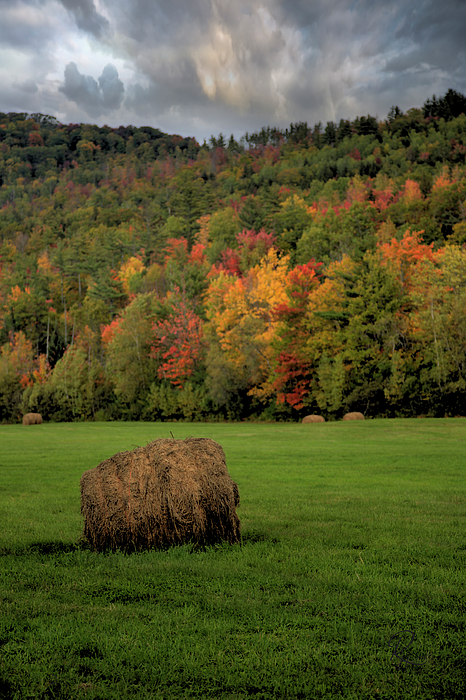 Boundary: Bleed area may not be visible.

Click and drag to re-position the image, if desired.

This product is currently out of stock.

The image is near the edges of the product but doesn't cover the entire product.   Some of the background color may appear around the outside edges of the image.

You'll never run out of power again!   If the battery on your smartphone or tablet is running low... no problem.   Just plug your device into the USB port on the top of this portable battery charger, and then continue to use your device while it gets recharged.

With a recharge capacity of 5200 mAh, this charger will give you 1.5 full recharges of your smartphone or recharge your tablet to 50% capacity.

When the battery charger runs out of power, just plug it into the wall using the supplied cable (included), and it will recharge itself for your next use.

This hay bale was in a recently harvested field. The early October colors and dramatic clouds were a great combination. Even though I was farm... more

This hay bale was in a recently harvested field. The early October colors and dramatic clouds were a great combination. Even though I was farm country I truly didn't expect to find a scene like this. I had be photographing covered bridges, old farm houses and barns all day. I hadn't encountered anyone working the fields and this scene was no exception. Many times I just turn down a road I had never taken before just to see what was there. The approaching storm would have presented problem had it occurred during the cutting and baling.

ROBERT C. HARRIS Scenic Landscapes and Wildlife Photographer Owner of: Lion's Gate Photography (www.lionsgatephoto.com and www.lionsgatephotography.com) "Every good and perfect gift is from above, coming down from the Father of the heavenly lights, who does not change like shifting shadows." James 1:17. I fully believe that my gift of seeing the beauty of nature and recognizing the art form in objects is a gift from my heavenly Father. When I see beauty through my lens, I see His handiwork and I believe He has revealed that scene to me so that I may show it to others. My interest in photography began in middle school and continued throughout my career as a historian for various units in the United States Air Force. That is where I began...