You can view my wildlife photography at: lionsgatephotography.com 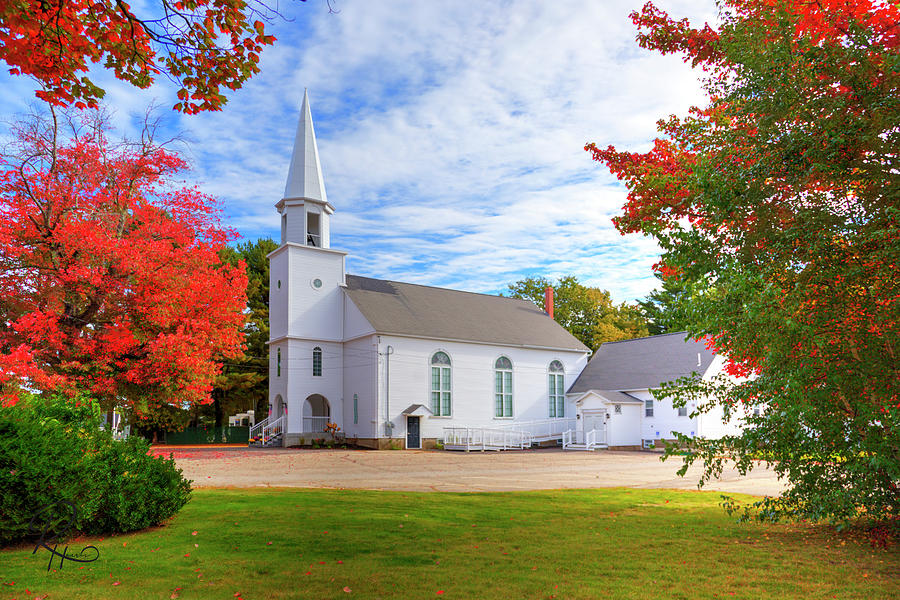 This is one of the Congregational Churches in Wells, Maine. The history of the Congregational Church of Wells began with the arrival of Rev. John Wheelwright and a group of his followers at Wells in 1642. Wheelwright had chafed under an order in England not to preach his Puritan beliefs. He came to Boston where along with his brother-in-law Rev William Hutchinson preached that faith alone was necessary for salvation (not unlike what Martin Luther had said roughly a hundred years before). This created so much controversy that the Court (today the Massachusetts Legislature) ordered Wheelwright out. Wheelwright went to Exeter NH with 30 of his followers. In 1642, they came to Wells. Wheelwright only stayed for four years, but during this time, in addition to his preaching, he established a saw mill and served as one of the three appointed agents who laid out the plantation of Wells and assigned lots to the settlers. He was pardoned by Governor Winthrop in 1644 and left Wells to accept a call at Hampton NH in 1647.The church went through many ups and downs. Wells was one of very few settlements in Maine to escape total destruction and massacre at the hands of the Indians and their French allies as part of the King Philip’s War.